Students from around the world come to the small town of Epworth, Iowa to study at Divine Word College—the only Roman Catholic seminary in the U.S. dedicated to educating men and women for missionary service.

Although Divine Word is the smallest college in Iowa, it plays an important role in the largest international missionary order of men in the Catholic Church, the Society of the Divine Word (Societas Verbi Divini or SVD).

Our history tells the tale behind these two remarkable facts.

Saint Arnold Janssen founded the SVD in Steyl, Holland, in 1875. Within a short time, he began sending out his missionaries to countries around the world and in 1895 Brother Wendelin Meyer, SVD, arrived near New York City. More Divine Word Missionaries followed and eventually purchased a farm north of Chicago in 1899. Soon, the priests and brothers established a technical school there for orphaned boys and the property became known as “Techny,” the eventual SVD headquarters for much of North America.

In 1909, the society opened St. Mary’s Seminary at Techny, the first Roman Catholic major seminary for missionaries in the U.S. Several minor, or high school, seminaries followed east of the Mississippi River. In 1932, the SVD opened St. Paul’s Mission House, its first minor seminary west of the river, in the town of Epworth, on the site of a former Methodist seminary. In the early 1960s, the society razed the century-old buildings, except for one—Megan Hall—and constructed a massive, all-inclusive building the length of two football fields, and established a four-year, liberal-arts institution of higher learning, Divine Word College.

Over time, the enrollment has changed from primarily Caucasian to a multicultural mix of students from over 20 countries and virtually every continent. With the arrival of 16 Vietnamese seminarians in 1975—refugees after the fall of Saigon—the college developed an English as a Second Language (ESL) program that has flourished, adding an additional attraction for international students. 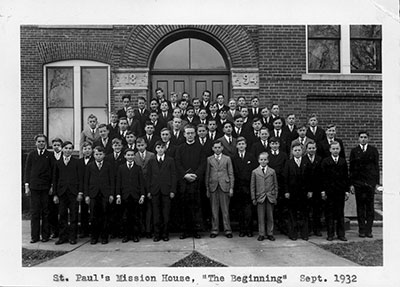 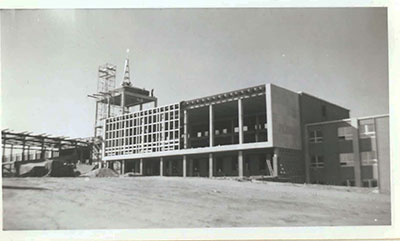 Since its dedication in 1964, Divine Word College has been recognized as the principal site of SVD undergraduate seminary education in the United States. 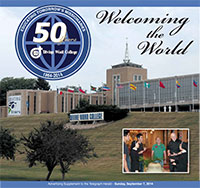 Check out this special tabloid produced by the Dubuque Telegraph Herald in 2014 for the college's 50th anniversary.